To share your memory on the wall of Virginia Greene, sign in using one of the following options:

While enjoying life, Virginia went on to have three beautiful children in Brooklyn, NY. The oldest David Reaves “Big David” Middle Regina Reaves “Bean”, and the Youngest Ruperto Fuentes “Smiley”. Virginia worked tirelessly to provide for her children. For a short time, Virginia worked in the Brooklyn Navy Yard as a welder, and also contracted with the City of New York to climb and weld city bridges. Virginia would eventually be employed as a Metal Work Mechanic by the Department of Sanitation, City of New York. For many years, Virginia was noted for being the only female within the Sanitation Department to hold a Metal Work Mechanic title, which she took pride in, and often boasted about. In 2011, Virginia retired from the Sanitation Department.


In her spare time, Virginia loved to sew, crochet, and watch movies. Virginia had a special kind of love for daily Soap Operas and often yelled at anyone who changed the channel of her preset recording. However, Virginia’s true passion was volunteering her time with her extended family at the Shorinjiryu Kenryukan Karate School located in Brooklyn, NY. It is there that Virginia enrolled her son, grandsons and great granddaughter to take part in karate classes. Virginia’s dedication to the Karate school also allowed her to witness her son (Smiley) become a black belt in Martial Arts. Virginia was knowing for her kind heart, forgiving and giving ways sometimes she gave too much, at times her very last.

To send flowers to the family or plant a tree in memory of Virginia Greene, please visit our Heartfelt Sympathies Store.

We encourage you to share your most beloved memories of Virginia here, so that the family and other loved ones can always see it. You can upload cherished photographs, or share your favorite stories, and can even comment on those shared by others. 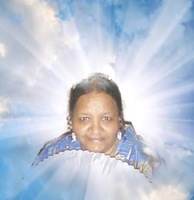