To share your memory on the wall of Harry Lawton, sign in using one of the following options:

“I have fought a good fight, I have finished my course, I have kept the faith: Henceforth there is laid up for me a crown of righteousness, which the Lord, the righteous judge, shall give me at that day: and not to me only, but unto all them also that love his appearing.” 2 Timothy 4:7- 8
Read Less

To send flowers to the family or plant a tree in memory of Harry Lawton Jr., please visit our Heartfelt Sympathies Store.

We encourage you to share your most beloved memories of Harry here, so that the family and other loved ones can always see it. You can upload cherished photographs, or share your favorite stories, and can even comment on those shared by others.

Posted Nov 28, 2019 at 02:35pm
We simply had to reach out to the family of Mr Harry to express our condolences. How often we'll discuss our love / disappointment of the local New York Sports teams, in particular The NY Mets😀. Our conversations in the laundry room, his living room or even the building lobby in Co-op City were so enjoyable. He was willing to share his experience in life and words of encouragement, he had a gift to communicate. Mr Harry was also very hospitable. As expressed we'll talk sports, his history growing up and even his profound respect for God and the Bible. Time nor this page can capture the many good things we can express about Mr Harry Lawton jr, Mr Harry as he was affectionately call in the building of 120 Darrow Place. Just know please that he was honored, respected and yes loved. May Jehovah God deal kindly with Mr Harry, and may He provide comfort for you and the entire family. 2 Corinthians 1:3&4 Mr Vincent E Grant & Family 120 Darrow Place , 21-D
Comment Share
Share via:
J

Jonathan & Deloris Robinson We Met Your Father in our door to door ministry An Immediate BOND was formed We Called Him UNCLE HARRY He was Old School Independent/Tough. Many of The Friends Were Introduced To Uncle Harry So That There Were Always Caring Eyes Watching As He Walked About Co-Op. Coffee & Pastries Were The Norm Upon Entering. I Liked His Cool Cat. UNCLE HARRY Gifted Me With A Watch Which I Appreciate & Cherish Many Send Their Condolences. Please Read Isaiah 26:19 & Revelation 21:4 From Jonathan & Deloris Robinson 100 Donizetti Place Apt 13G Bronx NY 10475. MISSED HE WILL BE 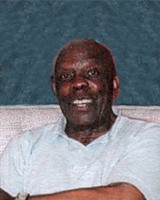