To share your memory on the wall of Myrtle Mack, sign in using one of the following options:

Provide comfort for the family of Myrtle Mack with a meaningful gesture of sympathy.

hope in Christ at an early age at the St. Ollie Missionary Bap-
tist Church. CONFUSED WITH WHAT U SENT

To send flowers in memory of Myrtle A Mack, please visit our Heartfelt Sympathies Store.

We encourage you to share your most beloved memories of Myrtle here, so that the family and other loved ones can always see it. You can upload cherished photographs, or share your favorite stories, and can even comment on those shared by others.

Posted Dec 16, 2019 at 11:00pm
"All the days of my appointed time will i wait till my change come Job 14:14" This frequently verbalized declaration of our beloved mother Aggie Shelton Russ, became her reality January 8, 1985, and became our beloved Myrtle's reality December 6, 2019. All of our appointed time we wait for our change and will become our reality! Today "Seek ye first the kingdom of God, and His righteous; and all these things shall be added unto you." and we shall all rejoice in our appointed time and realities." Let Love reign"
Comment Share
Share via: 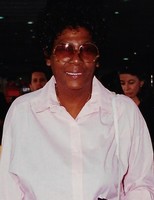