To share your memory on the wall of Monica Herbert, sign in using one of the following options:

Monica was a tomboy, being the only girl amongst 4 boys. Truth be told, Monica held her own.. even learning to drive a manual shift transmission before the boys, (excluding Wayne) and even enjoyed driving in a couple of Car Rallies in the seventies.

After graduating from High School, Monica was recruited at Barclays Bank in Barbados in the seventies and later transferred to its branch on Wall Street, New York.

Always the pioneer, as a minority, Monica worked her way up in the corporation from Loans and ultimately to Securities, where she remained for over thirty years.

Monica was a devoted and dedicated mother to her three children, Zawdie Ato, Ayana Aiysha and Cecilia Aida. Devoted and loving grandmother to Elizabeth, Isaiah and Theodore.

We will always cherish the fond memories we have of her. May she peacefully rest from all of her labor and toils and enjoy the presence of the Lord.
Read Less

To plant a memorial tree in honor of Monica Herbert, please visit our Heartfelt Sympathies Store.

We encourage you to share your most beloved memories of Monica here, so that the family and other loved ones can always see it. You can upload cherished photographs, or share your favorite stories, and can even comment on those shared by others.

From Kevin, Priscilla and the Cork Creative team

Posted Feb 12, 2020 at 09:50am
Sending best wishes and prayers to your family at this difficult time. You are all in our thoughts.

From Kevin, Priscilla and the Cork Creative team purchased the Gracious Lavender Basket and planted a memorial tree for the family of Monica Herbert.

Posted Feb 11, 2020 at 03:50pm
TO: Cecilia Valetta FROM: Sensormatic Retail Marketing and Cork Creative With our deepest sympathy - Our hearts are with you and your family.

Kim Melvin, Craig Szklany and the Sensormatic team purchased flowers for the family of Monica Herbert. 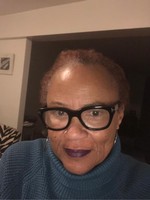 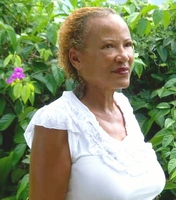