To share your memory on the wall of Richard Davis, sign in using one of the following options:

Print
Richard Davis, better known as Horse, was Born on May 31, 1941 in Brooklyn, New York to the late Edward Harris and Castel Davis. Beloved brother to the late Earl Davis, Harry Davis, and Edward Davis.

Richard Davis held a host of jobs, finding his niche in Merchandising of Wines and Spirits. Richard started out as a Stock Person, to later become the manager of Franklin Liquors, which became a hallmark to the neighborhood. Richard David later ventured into the Construction Industry. One of his most notable projects was being involved with rehabilitation of SUNY Downstate Medical Center during 2009-2010. He later retired from the Construction Industry and employment.

Although never married, he bore a child with the late Betty McPlesant (02/07/2002). He was a proud, dedicated father, grandfather, uncle, friend, confidant, and family oriented man.

He took pride in his dress and appearance. Well known to wear an Afro or Bald head, Richard never removed his signature mustache. As a strong, hard working, highly respected, free spirited, influential member of the community, Richard Davis advocated for “family.” He took care of everyone that he touched. Richard was an avid card player, enjoyed horse racing, wine and spirits connoisseur, and cooking. Whether it was hosting a card game or watching the Super Bowl, he loved to feed you, as he found happiness in watching you enjoy the food that he prepared.

On Saturday January 25, 2020, Richard Davis was called upon to retire from his physical body. Richard Davis departed this earth in Brooklyn, New York, which he would not have had it any other way. He lived by, “ I will never leave Brooklyn, because Brooklyn would not be the same without me.”

He will definitely be missed, but his spirit lives on in the souls of the people that he has impacted.

One of the most influential lessons Richard Davis has taught:

Buy me my flowers while I'm here, do not wait for me to die, then buy them, because I will not be here to enjoy them.
Read Less

To plant a memorial tree in honor of Richard Davis, please visit our Heartfelt Sympathies Store.

We encourage you to share your most beloved memories of Richard here, so that the family and other loved ones can always see it. You can upload cherished photographs, or share your favorite stories, and can even comment on those shared by others.

Plant a Tree in Memory of Richard
Plant a tree 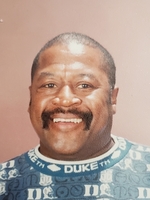